News Daily Digital Desk: Pooja’s mantra means that his language is Sanskrit. Our society has accepted this as a basic concept. Priests also chant in this Sanskrit language. Although many people may not understand the meaning of this Sanskrit mantra. But believe me, its rhythm, pronunciation calms the mind, awakens devotion in the mind. Similarly, common people get carried away without understanding the mantra uttered by the priest during the offering of puja flowers. While chanting Sanskrit mantras one faces problems in many cases. But in the belief that the tradition of mantras in the Sanskrit language has a proper place, they have made Sanskrit mantras a habit. But priest Kaliprasanna Bhattacharya says from his 60 years of priestly experience that the song should be in a language you understand. In this way you can clearly express your thoughts to God. At the same time, the pronunciation is also pure. Therefore, there is no problem if Bengali mantras are recited in Bengali language. In this context ‘Sambad Pratidan Digital’ has launched ‘Pashpanjali #ChantBangla’. But can this Bengali translation of mantras from Sanskrit be accepted overnight? Will there be any problem in spreading the chador? It was answered by priest Kali Prasanna Bhattacharya.

In his words, “From my own experience of 60 years while giving the mala, the eyeballs of the reciters of the mantras go the other way. I understand from this, they are not understanding the mantras. If this mantra is his He can also express his emotions beautifully when said in the mother tongue Bengali. He then added, “When this mantra was composed, everyone spoke Sanskrit. Now if every Indian can express his needs to his mother in his own language, what can be more beautiful than that! Not understanding the meaning of how many Sanskrit words are pronounced, I offered flowers. But then I express my feelings to my mother with my hand on my chest, in my own language. 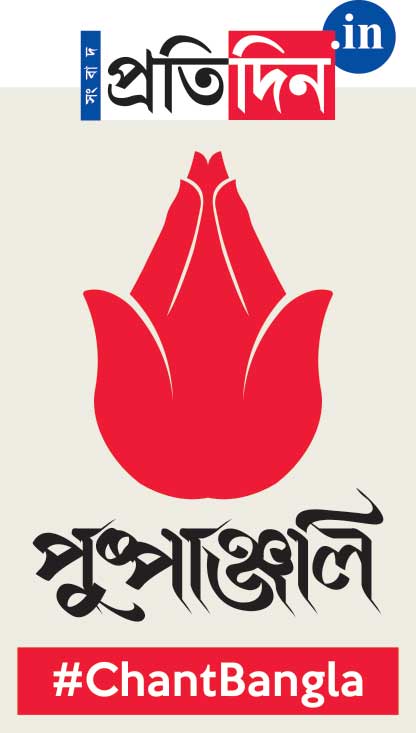 Whatever we chant while offering Anjali to Mother is not a mantra. Kaliprasana Bhattacharya explains, “The seed of the mantra, like Maa Durga’s magical seed ‘Hing’, is the mantra. The rest is described in terms of its form. But we thought it was all mantra. So I all I say that if you express your thoughts in your own words, everyone will accept it.

Bengalis all over the world will give Anjali in Bengal this time. The Bengali translation of the mantra was done by Narshangha Prasad Bhaduri, Pabitra Sarkar and Kaliprasana Bhattacharya. You stand by this initiative. Encourage your local puja committee to organize pushpanjali with Bengali mantras. To download Bengali anthems and know more about the ‘Sambad Pratidan Digital’ initiative ‘Pashpanjali #ChantBangla’ click: chantbangla.org

Get all news updates on Sangbad Pratidan.

Ankita Bhandari murder case: The ‘real’ colorful business was going on behind the scenes in the name of the resort! Sensational information against...

America: Four sisters have made a world record of 389 years of age SUCHI News